Twitter is one of the biggest social media networks on the planet. It’s where public conversations happen, where new trends start, and where people go to find out what’s happening in the world.

As such, it’s an indispensable tool for marketers looking to build brand awareness, connect with their customers, and uncover valuable insights.

However, if you want to get the most out of your Twitter marketing campaigns, it helps to know as much as possible about the platform and who’s using it.

With that in mind, we’ve prepared a list of 38 of the latest Twitter statistics. The stats below will help you to get a better understanding of the state of Twitter this year and inform your strategy for the years ahead.

Let’s kick things off by taking a look at some important Twitter statistics that provide an overview of just how popular and successful the platform is.

Or MDAUs for short. By ‘monetizable’, we’re talking about only those accounts that are able to view advertisements on the platform.

The number of monetizable users is just over half the total number of users on the platform, which means a large portion of Twitter’s user base doesn’t contribute to ad revenue.

This data comes from the latest (at the time of writing) Global Impact report and is accurate as of Q4 2020.

This puts it only at about number 16 in a list of the top social platforms by users.

That’s right, if we’re just looking at total users, Twitter doesn’t even rank amongst the top 10 most popular social platforms. For comparison, Facebook has over 2.7 billion users – nearly 8x that of Twitter.

3. 52% of Twitter users in the US use the platform every day…

Twitter users seem to be fairly active. The majority check in at least once a day to get an overview of what’s happening in the world. 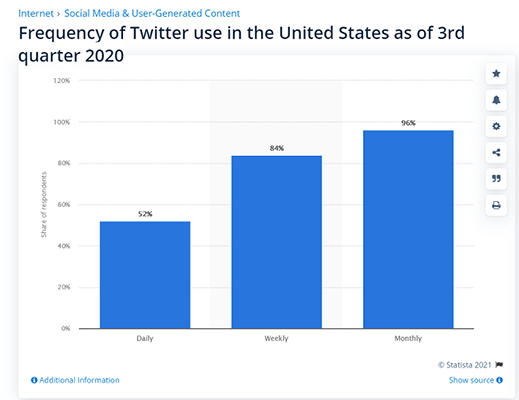 The vast majority of Twitter users open the app at least once monthly, providing further evidence that Twitter has a very active, engaged user base.

This is according to figures from the latest Global Impact report. The vast majority of that revenue comes from advertiser dollars, but some also come from data licensing and other revenue sources.

2020 seems to have been a particularly good year for the platform as revenue this year increased by more than $250 million from the year before.

This may have partly been driven by an uptick in users and time spent on social media brought about by the global pandemic. 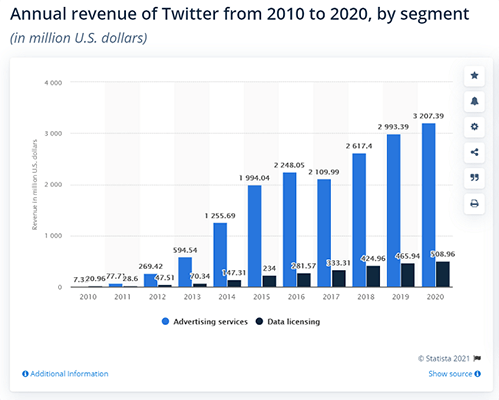 These employees are spread across 35 offices in countries around the world.

Next, let’s take a look at some Twitter user statistics. The stats below tell us more about who the people using Twitter are.

If we look at the global distribution of Twitter users by age, it’s clear that it’s a platform favored by Millenials. 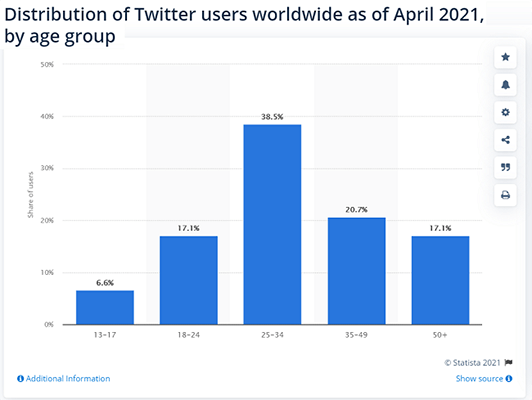 8. 42% of Twitter users have a college degree or above

The average Twitter user is more well-educated than the national average. Only 31% of all Americans are college graduates, compared to 42% of Twitter users. 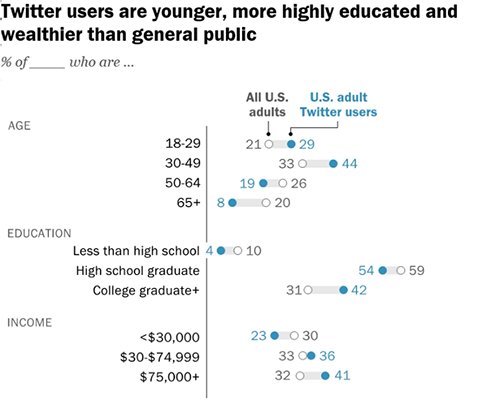 Not only are Twitter users more well-educated, but they also tend to earn more. 41% of users earn over 75k per year but only 32% of American adults can say the same.

10. The US has more Twitter users than any other country

There are roughly 73 million Twitter users in the US. Japan comes in second place, with 55.55 million users, India third at 22.1 million, and the UK fourth at 17.55 million.

What’s interesting about that is that, if we compare the number of Twitter users in each country to the total population of that country, it shows Twitter has comparatively much greater market penetration in tier-1 countries than in emerging/developing countries like India.

This is not equally true of other social platforms. For example, Facebook has more users in India than in any other country. 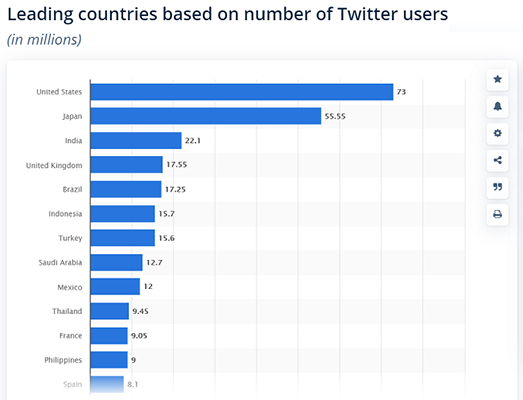 While only 31.5% are female. For some reason, Twitter reports a much less even gender distribution than other social networks and is clearly favored by men.

For comparison, 49% of Instagram users are female while 51% are men.

Source: We Are Social

Now we know who’s using Twitter, let’s take a look at how they’re using it. Here are some stats that shed some light on the ways in which Twitter users interact with the platform.

These are the influencers creating the cultural conversation. 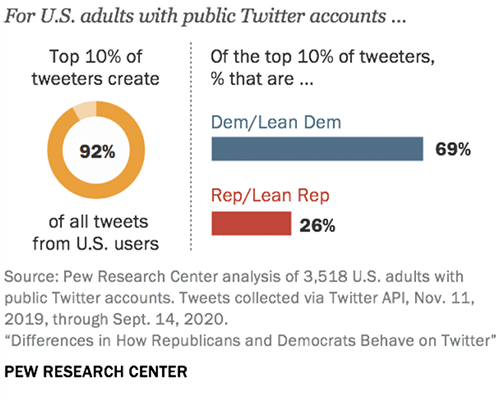 14. 71% of Twitter users get their news on the platform 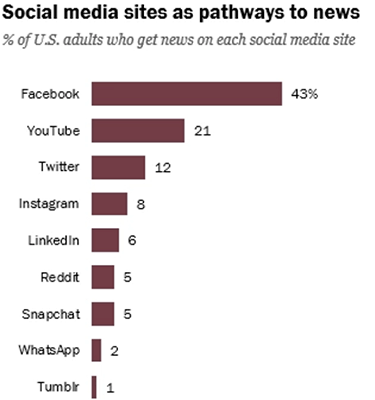 15. The average Twitter user spends 3.53 minutes on the platform per session

TikTok is the runaway winner when it comes to average session duration, with the average user spending 10.85 minutes on the app. 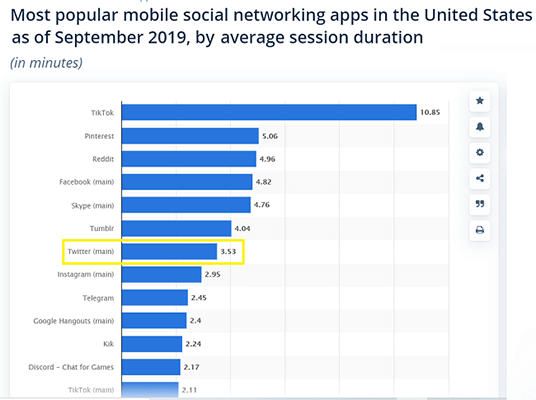 Planning on using Twitter to market your business? Here’s what you need to know first.

This is based on data from the Content Marketing Institute and represents the number of marketers that used the platform for organic content marketing over a 12 month period.

The statistics show that Twitter drives around 40% greater ROI than other platforms.

If you’re keen to ensure that your ad content is truly appreciated and consumed then Twitter may be the right platform for your campaign.

According to Twitter for business, people spend around a ¼ more time viewing Twitter ads than they do viewing ads elsewhere online.

Twitter’s advertising reach spans further than just its direct users. According to the Twitter Agency Playbook report, over 60% of Twitter users also influence the purchase decision of their close friends and family.

20. Twitter users are around 1.5x more likely to be the first to buy new products

Twitter users are famously early adopters and like to try new things. Compared to the average online population they are 1.5x more likely to be the first to buy new products.

Twitter users are big consumers of launch ads and content for new products. They’re 2x more time looking at launch ads than they do on other social media platforms.

22. You’re 2.3x more likely to meet your KPIs if you market new product launches on Twitter

As you can see, including Twitter in your launch plans is essential. Twitter users like to try new things, so it’s a great product discovery platform and place to market new releases.

23. Brand’s that spend more on Twitter are seen as more culturally relevant…

Research has uncovered an 88% correlation between Twitter spend and audience perceptions of a brand’s cultural relevance.

This makes sense, given Twitter’s place in the social space. It’s the definitive real-time public conversation platform and where brands go to build cultural relevance.

24. …And brands that are more culturally relevant drive more revenue

Again, there’s another correlation here – 73% between cultural relevance and revenue. Therefore, it’s a useful platform for marketers and businesses looking to increase revenue, which is all of them, right?

As this statistic shows, Twitter is a visual platform. Therefore, it’s important to make sure you’re including eye-catching visuals in your Tweets if you want to maximize engagement.

According to Twitter, Amplify can drive 68% more awareness as well as 24% more message association.

Timeline takeovers are a type of mass-reach placements that put your autoplay video ads at the top of users’ timelines for 24-hours.

These ads are super-effective when it comes to building brand awareness and perform better than other types of Twitter ads.

Like the above, this is a type of ad placement that ‘takes over’ the users tab. Trend takeovers place your ads alongside what else is trending at the top of the Explore tab. This type of ad is extremely effective when it comes to message association and favorability.

If you’re looking to build a strong brand presence on social media and interact with your customers, Twitter is the place to do it.

30. Twitter has seen a 35% year-over-year increase in global ad engagement

Twitter is becoming more and more popular with marketers thanks to high levels of ad engagement.

Engagement with ad campaigns on the platform has been increasing year-over-year at a rate of around 35% which makes it an extremely attractive option for marketers and businesses.

Twitter is popular with a wide range of demographics, and trending topics on the platform often vary wildly. Here are some Twitter statistics that shed some light on the kind of things users have been Tweeting about the last few years.

31. At least 500 million Tweets are sent every day

This data from internet live stats was up to date in 2013, but Twitter usage has likely increased significantly since then. In fact, as I’m writing this, over 650m Tweets have been sent today. 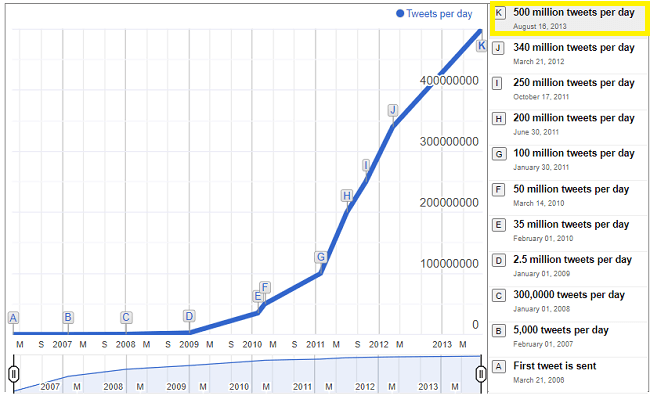 Of course, the most used hashtag of 2020 was #COVID19, which was tweeted nearly 400 million times if you include close variations.

Other popular hashtags this year were also related to the pandemic, such as #StayHome which ranked 3rd. #BlackLivesMatter was the 2nd most tweeted hashtag of the year.

Twitter is popular with TV and film enthusiasts, with over 7,000 Tweets per minute being posted about TV and Movies in 2020.

Some of the most popular TV talking points in 2020 were Big Brother Brazil, Grey’s Anatomy, and of course, Tiger King! 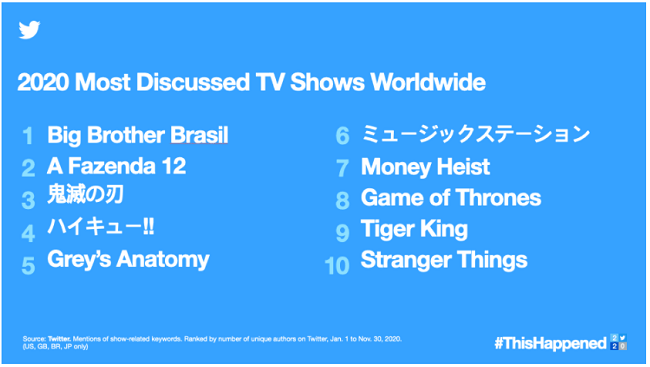 Lockdowns meant that more people were spending time at home, therefore a large proportion of the world’s population spent a lot more time in the kitchen than usual.

As Tweets relating to cooking triple, food, and beverage emojis were also used much more. The cupcake emoji, for example, was used 81 percent more in 2020.

Politics is a big deal on Twitter and it’s often the platform of choice for world leaders, political thought leaders, and undecided voters.

Throughout 2020, there were over 700 million Tweets made about the US election, and US Presidents Donald Trump and Joe Biden were the first and second most tweeted about people worldwide.

36. 😂 was the most Tweeted emoji worldwide

Say what you will about the internet being a source of negativity, but emoji use tells a different story.

The smiley face with tears of joy emoji, aka known as the crying laughing emoji is the most used emoji on Twitter worldwide.

Chadwick Boseman was the world-famous actor that played Black Panther in Marvel movies. The actor died tragically in 2020 after a long battle with terminal cancer.

His fans came out in force after his passing, and his final tweet became the most liked Tweet of all time, racking up over 7 million likes. 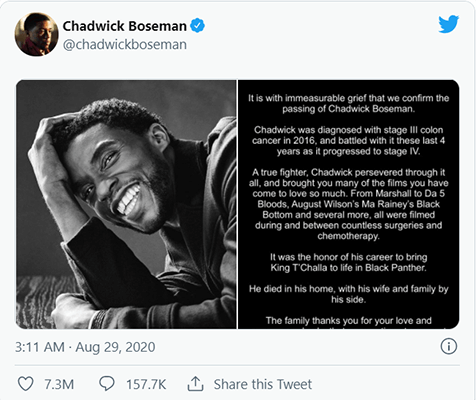 According to Twitter Agency Playbook, over half of all Tweets in 2020 were published by Gen-Z users. Gen Z refers to anyone born between 1997 and 2012.

This shows that although Twitter has a wide range of users, it’s the younger generations that are the most vocal on the platform.

We’ve condensed the most important stats and facts into this handy infographic.

Note: If you’d like to republish this infographic, save the infographic to your computer, upload to your blog and include a credit link back to this post.

As you can see from the statistics above, Twitter is a great platform for advertisers, businesses, and the average user. Hopefully, these Twitter statistics provide a more in-depth understanding of who uses Twitter and the current state of Twitter. 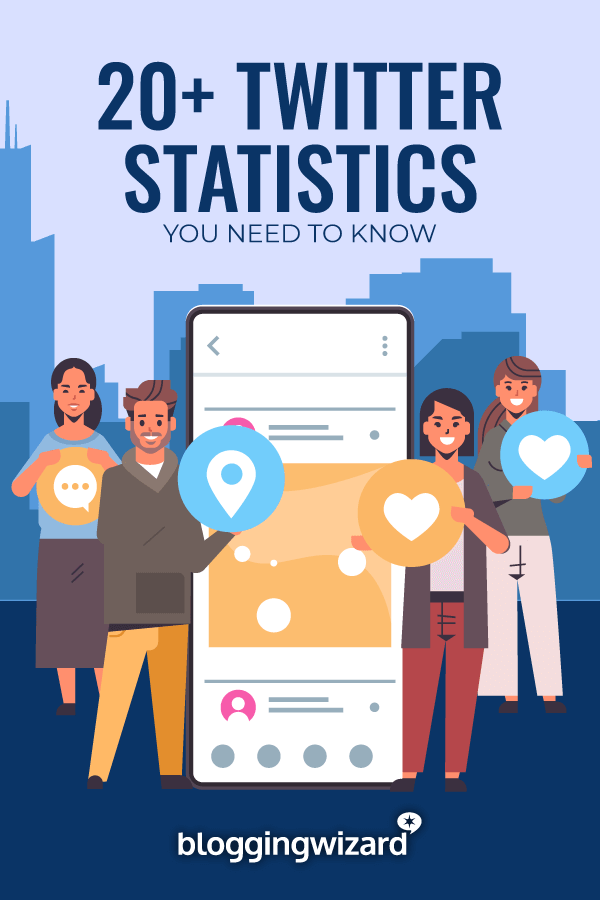 What it’s and why your social technique wants it

Do roles work higher than TikToks?